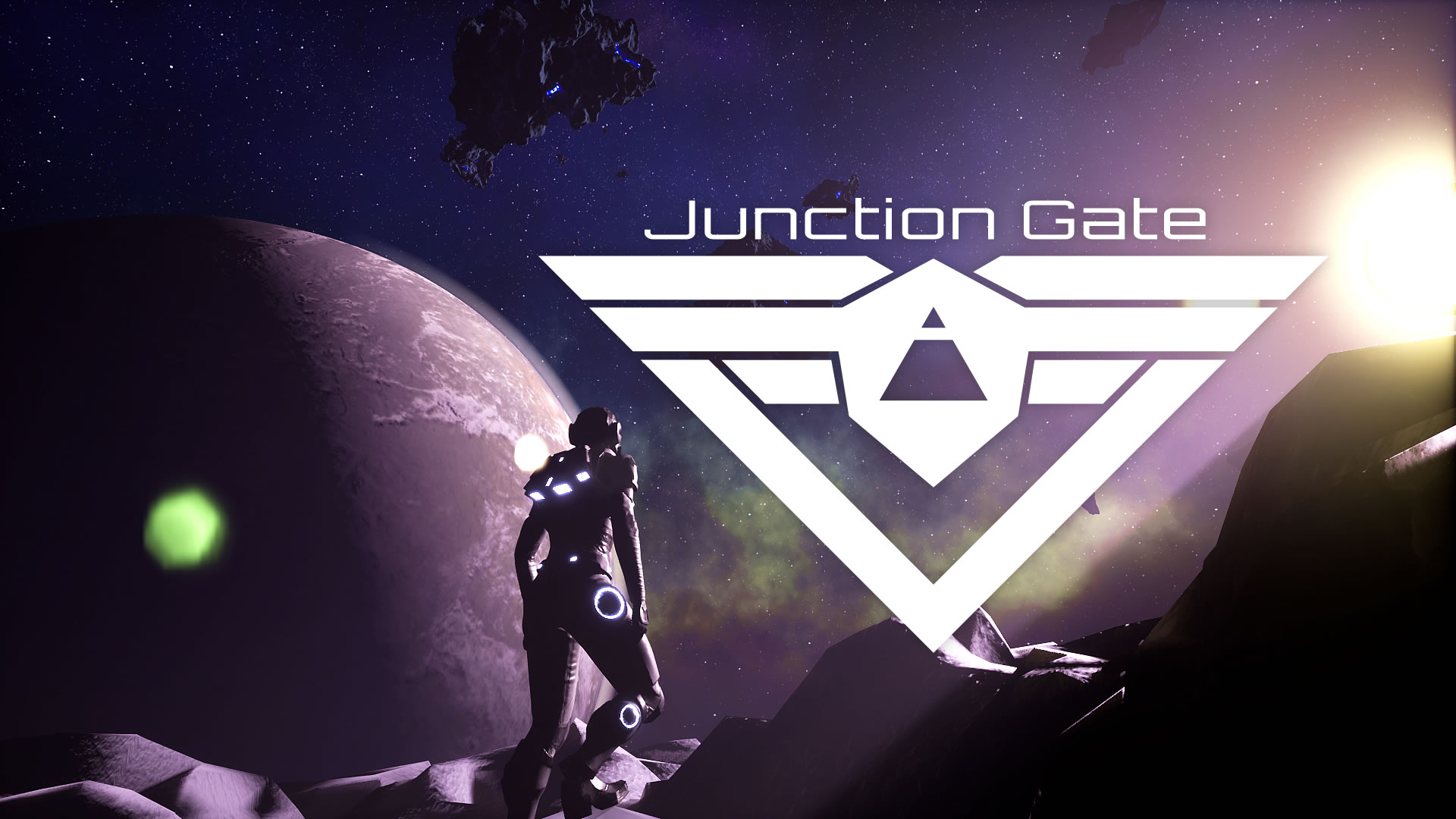 We're incredibly excited to announce Junction Gate, an upcoming 3D survival game being developed in Unreal Engine 4. The prototype is still in very early development, but we have some initial development previews and information to share, with more polished videos and previews in the months to come as development progresses.

Here are a few initial screenshots from the terrain prototype. Please note that the textures and assets are placeholder for now, with improvements to come in future updates. 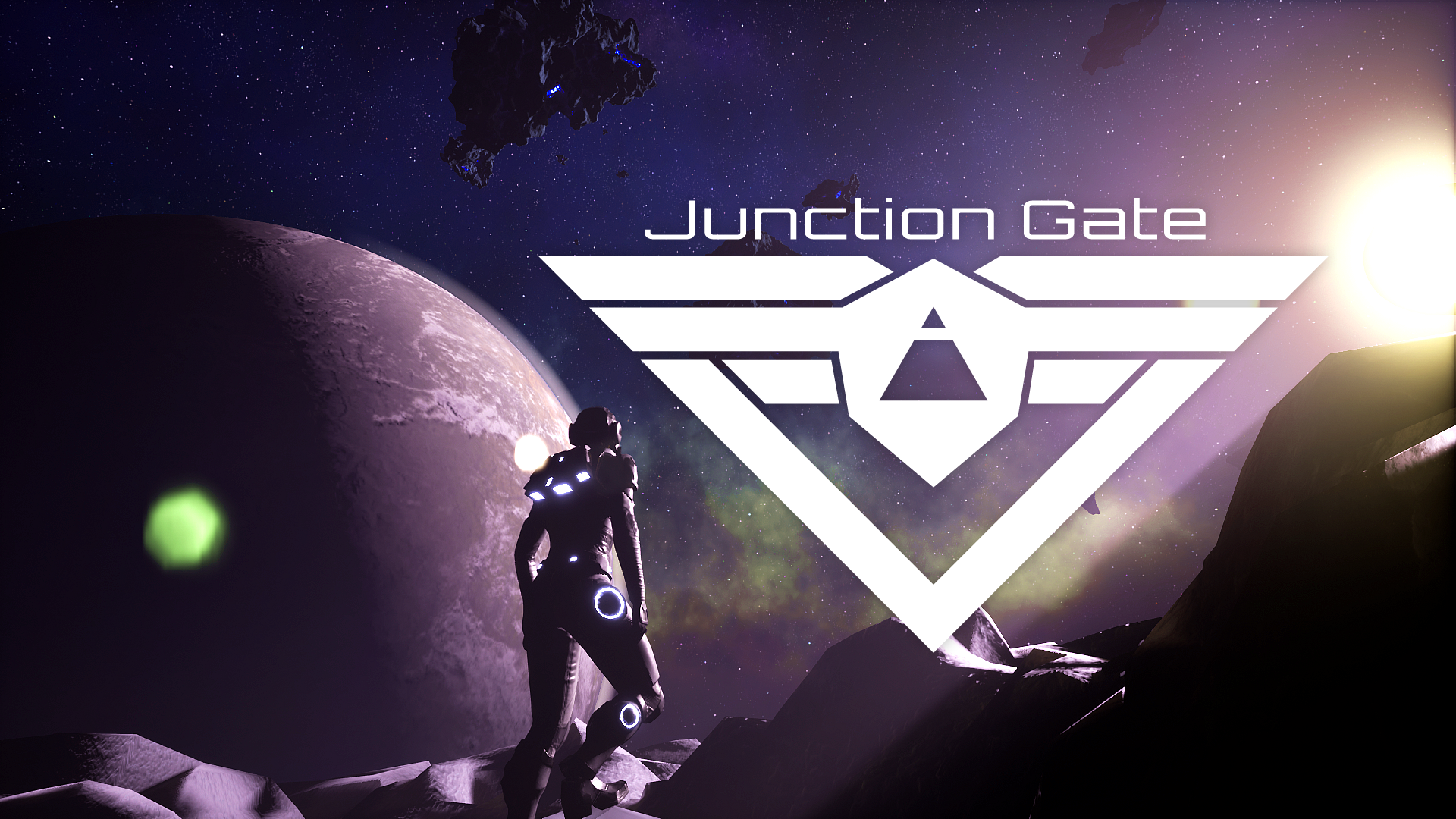 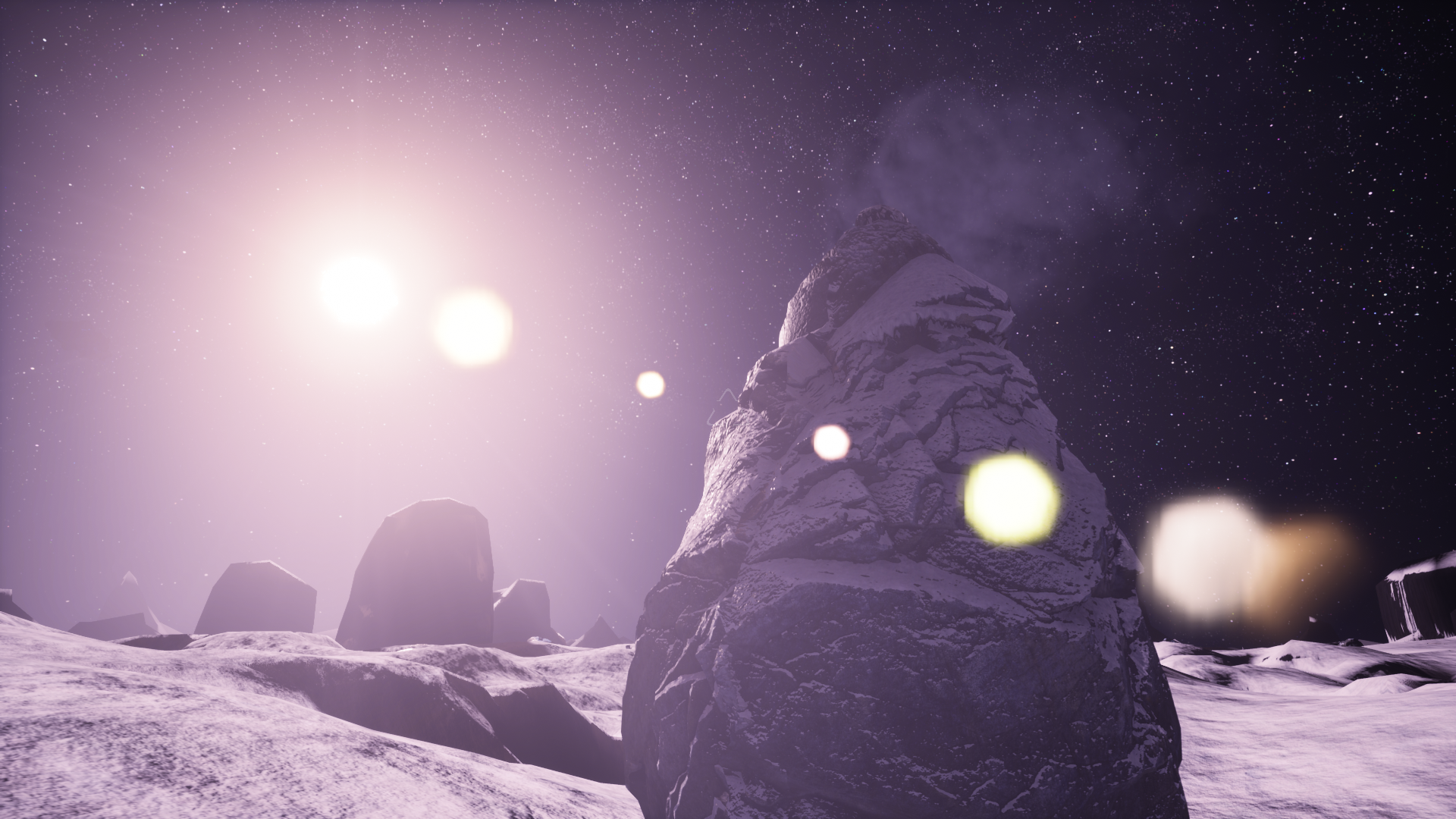 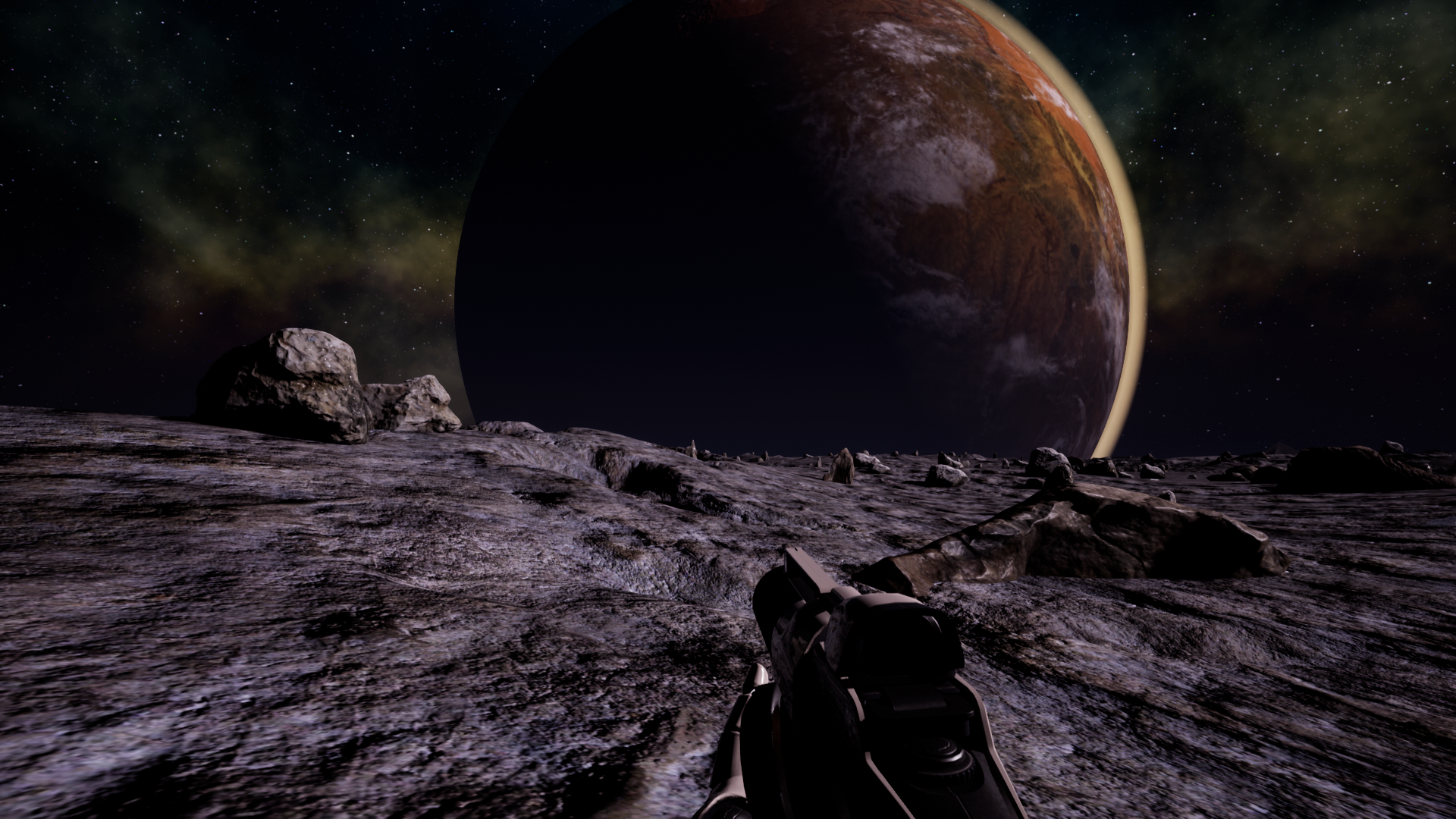 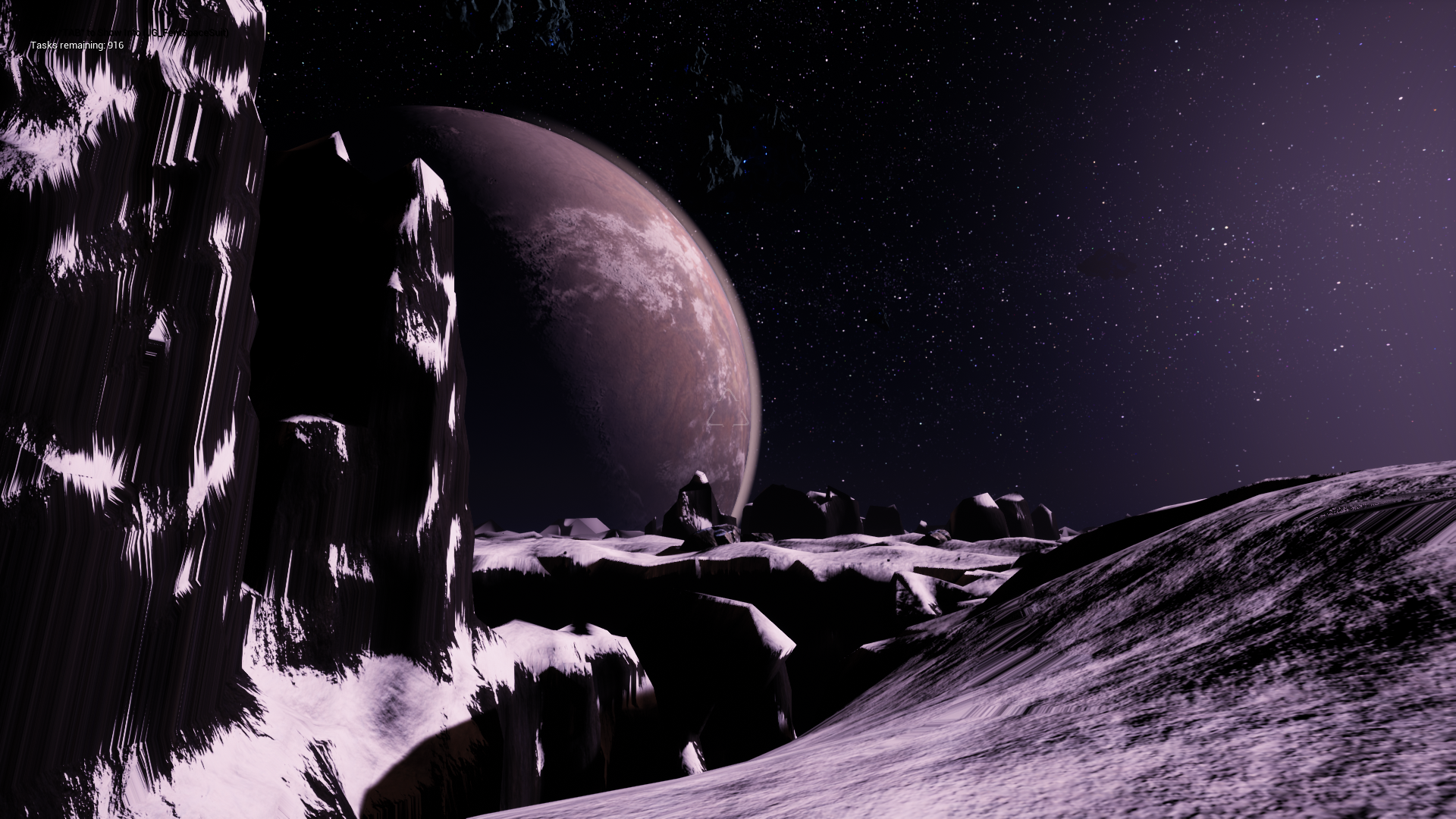 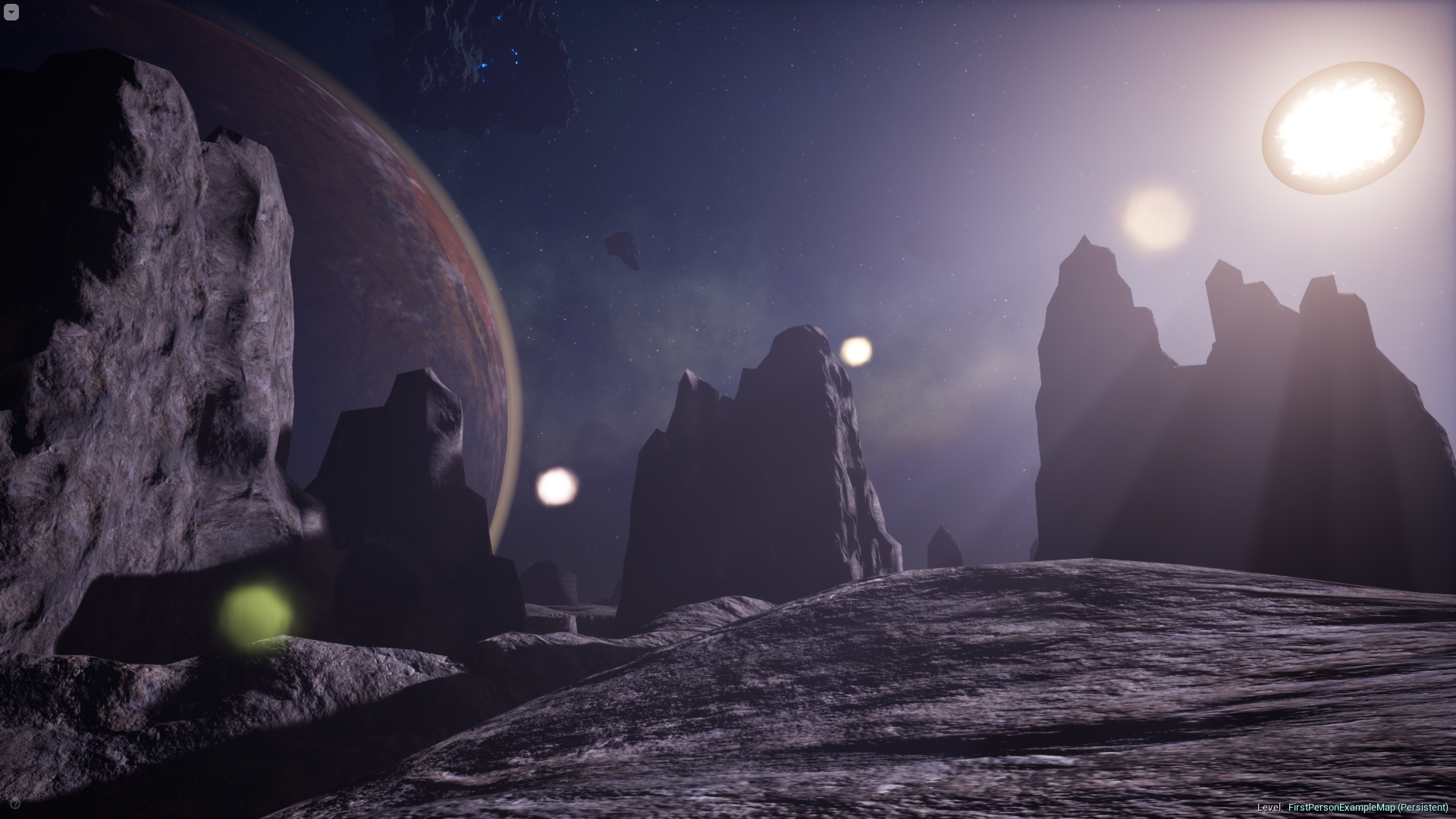 Why Develop Another Game?

After reaching some technical dead ends with Junction Gate Parallax, it became apparent that some features simply weren't going to be possible within a web browser as the eco-system simply wasn't mature enough to realize the full vision of Junction Gate.

UE4 was chosen after carefully evaluating the major game engines. Some of the deciding factors were the quality of visual results, the speed of development, documentation, and community. Other engines like Unity and CryEngine have produced many great games, but UE4 seemed to be the best fit for Junction Gate.

To start with, the gameplay will feature survival, crafting, and exploration mechanics in a 3D environment. We have a detailed roadmap beyond that, but we're keeping it private for now.

Tell Me About The Landscape

It's a procedurally generated voxel landscape. What you see in the video is still a prototype, with placeholder materials and assets. As development continues, we'll add additional biomes and environmental hazards.

Will There Be Mining? Caves?

Will There Be A Story?

Absolutely. However, in the beginning, the development focus will be on the gameplay mechanics. The storyline will take place in the same setting as the other Junction Gate games.

Will There Be Multi-player?

No. Junction Gate will be a single-player game. Adding networking and multi-player would add even more scope to an already complex game.

What Is The Target Art Style?

The exact art style is still being nailed down, but in general, we're aiming for a more realistic look.

Will There Be NPCs?

Not in the first few milestones, but they are planned. The extent and ability of the NPCs will depend on how well they work in testing.

Will There Be Aliens?

No. I love aliens, but a large portion of science fiction features alien life. The Junction Gate universe will focus on humanity scattered among the stars after the destruction of earth. Alone. With no alien flora or fauna to be found. The implications and consequences of such a universe are something I'd like to explore, while withholding any potential alien possibilities for the future.

Will The Game Be Free?

No, unlike the other Junction Gate games, there will not be a free version.

What Are The Risks In Developing Junction Gate?

There are a few key milestones and features that could potentially set the game apart from other games. However, they are experimental, difficult, and the type of features that need to be built and tested to see if they will work.

Developing several games at once is also a risk and will mean longer development times, but the story and some features can be shared across Junction Gate and Junction Gate Parallax.

When Can I Play It?

It'll be a while yet. We want to get it to a certain point in development before releasing it, to make sure that our internal roadmap is viable.

Will There Be A Kickstarter?

There is a very real possibility. If we reach our target milestone for gameplay features and are confident we can make the game we want, we'll go through with a Kickstarter.

Yes, once it reaches the point where it's ready to be played. The other Junction Gate games are testable in the browser, but Junction Gate, being a UE4 game, will need to be downloaded for testing. Going into Steam Early Access will allow for iterative testing with an established deployment and distribution infrastructure.

How Will Junction Gate Be Priced?

The final price isn't determined yet. It will be dependent on the implemented features in the final version as well as the prices of comparable games. Early access will start at a price reflecting the current gameplay at the time, with potential price increases following subsequent releases.

When Will The Game Be Finished?

The game is still at a very early stage, so it's impossible to predict. However, given the scope of our internal roadmap, expect at least a few years of development for the game to be complete, with playable builds well before that.

Will Junction Gate Be Available In Other Languages?

It's too soon to tell. This will partially depend on resources. There are also some planned experimental features that may be difficult to implement in other languages. That said, it's something we'd like to try for.

Definitely not at first. This might be something that could be added later, but it will be dependent on performance and the hardware available at that time.

Mouse and keyboard to start. Gamepad support will follow. HOTAS support is still up in the air.

What Are The Minimum Specs?

It's too soon to tell. We'll try to make it as performant as possible but need to balance that with realizing our vision. Early Access will help us narrow this down.

What Platforms Will Junction Gate Target?

Let's start with Windows on Steam first and then expand from there as time and resources allow.

When Will I Know More?

Look for weekly updates on the roadmaps and a monthly development update video. Because there are multiple games being developed, these updates will encompass all of the games.

There is now a public development roadmap for Junction Gate. You can see a full list of everything that is going into the current release, current bugs, and future updates. If you have a GitHub account, you can also submit issues in the public issue tracker.

The roadmap for Junction Gate will only show the features of the current release in a limited amount of detail and a general summary of the next most immediate release. This is done to strike a balance between open development and the possibility of features changing around or potentially not making the cut if they run into unforeseen issues or aren't as fun as they should be.

If you're interested in news specific to Junction Gate, there is now a dedicated newsletter that will feature all updates and news for Junction Gate as well as major announcements for the other games. You can sign up for the Junction Gate Newsletter below.

Given the scope of the game, I'm privately looking for some paid part-time help to aid in the development of Junction Gate. There are some pending inquiries, but there is nothing to announce at this time.