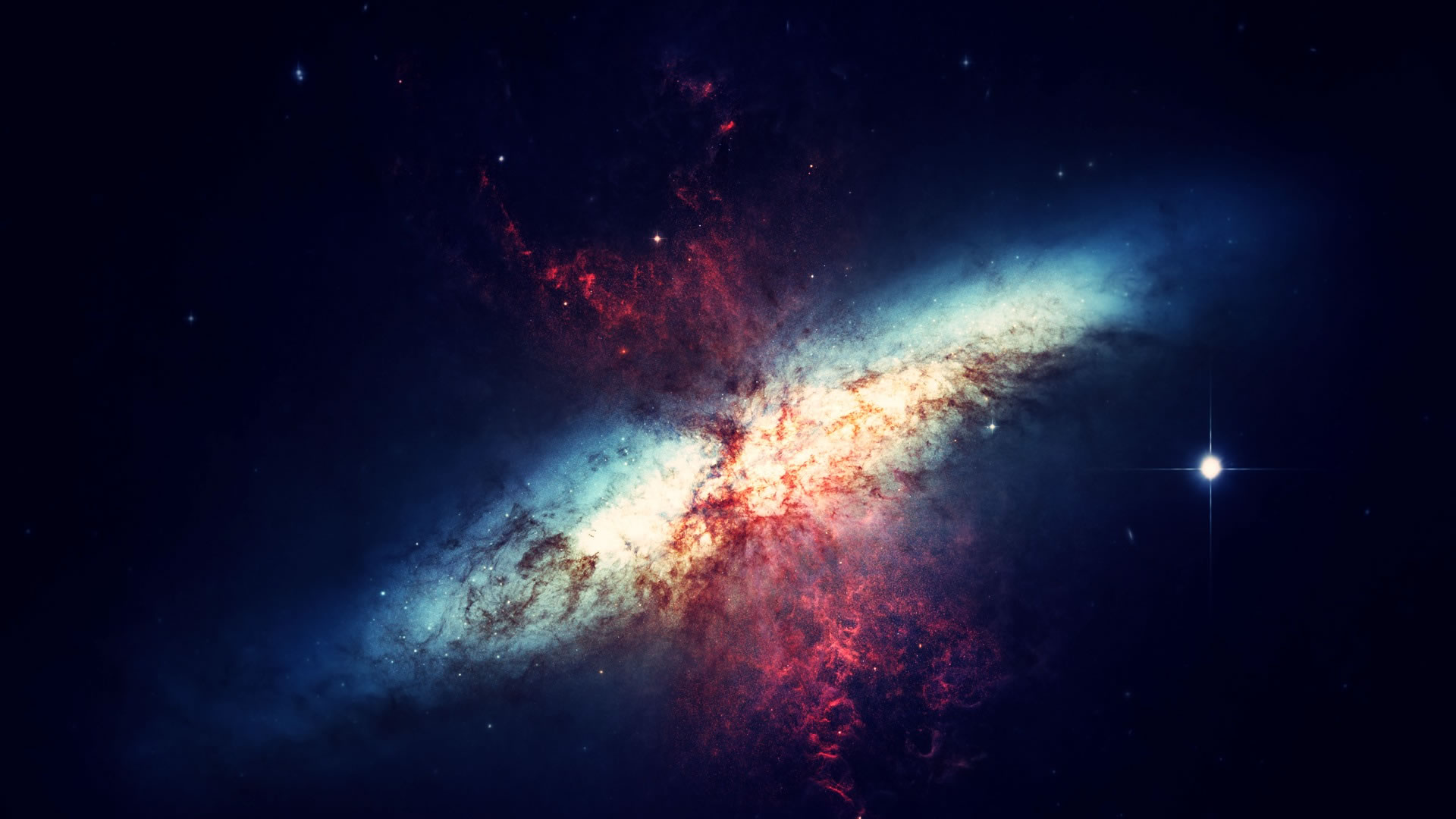 The Vision Of Junction Gate

Find out what inspired the creation of Junction Gate and what different types of gameplay are planned.

The Inspiration For Junction Gate

Junction Gate as an idea started over 10 years ago, but at that time, all I had was the phrase, "Junction Gate" and a few loose ideas. There was no story yet, but I knew that Junction Gate was a station in the far reaches of space. Because this was before I started programming, I originally thought that Junction Gate would eventually become a book.

Around 3 years ago, I played a game called CivClicker, followed shortly after by Clicking Bad. They were engaging and fun, but as I was playing, I began thinking of all the different things I would do differently and what features I would add were I to make a game. It wasn't until about a year later that I began to do exactly that.

While the clicker games were the impetus for Junction Gate, they were far from the only inspiration. In fact, other games and even books will have far more influence on the game. Among them are:

The Feeling Of Playing Junction Gate

The above list of influences may be a little eclectic, but my hope is that playing Junction Gate will feel like playing and reading a mixture of all of those influences combined into a unique experience that meshes together seamlessly. The player should feel like they have been stranded, alone, on an unfinished space station, unsure about how they will survive with dwindling resources. The survival progression should be challenging, varied, and sometimes complex, but easy-to-use and satisfying as each new facility, tech, ship, or system unlocks.

The universe itself needs to feel gritty, realistic, and lived-in. Events have happened before the game begins and have a great impact on the story and gameplay. More and more details about the universe are uncovered as the game progresses, with seemingly minor details in the beginning becoming vitally important later on. The setting is a hard sci-fi, with real limitations and plausible explanations for the mechanics of the game universe.

The player is not the only actor on the stage. In fact, the other actors are much more powerful, entrenched, and not inclined to give up their positions without a fight or a reason. The political, economic, and military worlds of the Commonwealth will have situations and subtleties that require hard choices with real consequences. A butterfly flapping its wings on Junction Gate could cause a war on the other side of the Commonwealth.

There is no manifest destiny for the player, who doesn't start out as the hero and may choose not to be one at all. The character arc can be one of great personal growth or a descent into tragedy. The player character will have a past that refuses to stay buried and impacts events on Junction Gate, what options are available, and the way that other characters relate to the player. Events will still happen around the player, but they can choose how they react to them and the level of influence they leverage.

In the end, I want the player to feel like they took part in a living, breathing story filled with real life complexity. Junction Gate should be a place they want to return to and to live another life with different choices made, new stories told, and a new outcome achieved on each playthrough.

I've struggled to define the genre of Junction Gate for a while now, given the mix of influences, but my closest current definition would be an open-world grand strategy RPG. Beyond the basic necessities of survival, there will be multiple ways to play the game, with different outcomes for each playstyle.

Before going into each role and playstyle, I need to emphasize that each is subject to change, some may be part of the premium game, and not everything may make it in the final game for development or scope reasons. This is my current vision for the gameplay, but as the sole developer, future circumstances may force the scope to change. So, with the caveats out of the way, here is a brief description of the different ways Junction Gate may be playable.

The Commonwealth will have a variety of sectors and systems to explore, some populated, some dangerous, some profitable. Exploration will open up new opportunities and dangers, but exploration can be worthwhile all by itself as you will be able to buy and sell map details to other factions. Ships will be able to be outfitted with varying types of scanners that can scan sectors and systems. However, not everyone wants to be scanned...

Trading with the different factions isn't a given. You'll need to earn your trading rights at each colony, faction by faction. And once you have trading rights, you still need to make a profit. Carefully balance your fuel costs and your profit margins to trade for the credits, resources, and components you need to survive.

Ore. Ice. Helium3. Oxygen. Precious resources needed for survival can also be sold for a profit to factions and corporations. Junction Gate won't be able to produce everything you need, so a dedicated mining fleet and viable planets will be necessary if you go this route.

Have that entrepreneurial itch? Start a corporation and sell your goods across the Commonwealth. Purchase resources and components for production, turn a profit, invest in your infrastructure, and then open up new franchises on other colonies.

Don't want to get involved in the nitty-gritty work of running your own company? Buy and sell stock on the markets and avoid management altogether. Keep a close eye on events in the Commonwealth to make sure that your investments are sound.

Initiate contact with the various factions. Before you can broker peace treaties, establish trade deals, and make alliances, you'll first need to gain the trust of colony governors and faction leaders.

Have rowdy neighbors? Build up your fleets and conquer other colonies. Be warned, however. Your enemies may have allies and not all colonies stay conquered forever. Your warlike actions may have consequences beyond military skirmishes.

Research new technologies to help your colony survive and thrive. The new tech will allow you to craft or manufacture new components. Some technologies are even patentable and have licensing potential.

Many cultural artifacts were destroyed in the destruction of Earth. Those that remain are extremely valuable and scattered across the Commonwealth. Collect them and charge access to view them in your museum. The larger and more complete your collection, the more you can charge.

The Commonwealth has a dark but fascinating history. Travel from colony to colony to piece together what happened to spawn from the time of the Burning all the way to the current Commonwealth.

The largest factions have a stranglehold on the Commonwealth, setting the laws in their favor. The only way to change the status quo is to work your way up the political ladder, first gaining faction status and then gathering support for your proposals from your allies.

If your luck holds, you'll be able to earn enough credits in the casinos to buy your own casino. Hold and participate in tournaments. Make sure your security forces are prepared, though, because the free-flowing credits will draw in a criminal element.

Build up your espionage capabilities to spy on enemies and allies alike. The data you glean will be valuable in all areas: diplomatically, militarily, and economically, but the danger of being caught carries consequences in those same areas.

If Junction Gate is not enough for your expansionist tastes, you'll have three ways of expanding your faction's territory: conquering and occupying another colony, illegally establishing a new colony, or getting permission from the Commonwealth Senate to expand.

Scanners at every port. Only upgrading your ship to defeat the scans will allow you to smuggle illicit goods for profit. Get caught and you can ruin your reputation, get fined, and get your ship confiscated.

Lie in wait at drop points to ambush unprotected trade ships and steal their valuable cargo. However, gain a reputation as a pirate and you'll be shunned by factions and hunted for bounties.

Hire yourself out as a mercenary to larger factions. Do their dirty work and gain their favor, their money, and their enemies.

Assassinate ship captains, CEOs, governors, and faction leaders. Doing so can cause cataclysmic changes in the political world of the Commonwealth. Use those changes to your advantage, but don't get caught.

Become the undisputed master of every domain, moving your pawns and knights across the board. Your agenda spans every area of Commonwealth society and you know exactly what you need to do to enact it. Every tool is at your disposal.

The scope of the vision outlined above is ambitious. In order to build out each role, the background simulation and the computer AI will be vital. As we're finding out with the current 0.1.0 release, a lot of these systems are intertwined and complicated, so I ask for your patience as it will take time to implement properly.

As the game expands and if the Kickstarter and/or Early Access are successful, I'll start looking for artists to bring in to improve the graphics before the final version is released. Musicians might also be a possibility.

If you're interested in reading more about the development vision, check out the roadmap and development strategy pages.

This is the first pass at describing the vision for Junction Gate. It will change and evolve over time based on feedback and other constraints, but let me know what you think! Stay tuned for further details on each role as development continues.