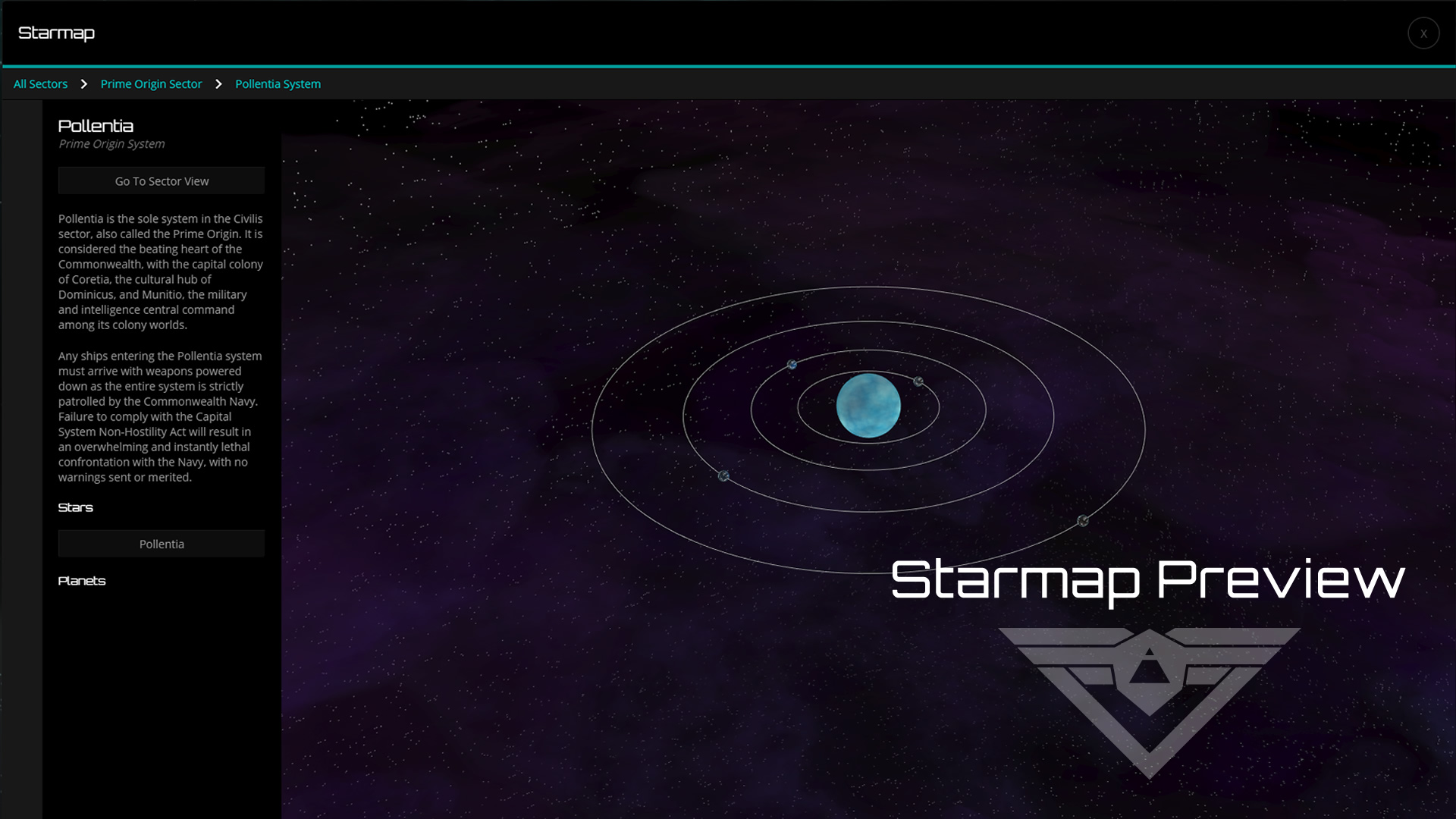 This blog post will preview some of the features in the new starmap for Junction Gate Legacy. The starmap is still a work in progress, so any screenshots and the video are not necessarily the final version of any given feature. First, here’s the video and you can read additional details down below.

Why A New Starmap?

A starmap is something I’ve been wanting to do for a while. Originally it was slated for Junction Gate Parallax, but as I began reworking the economy in Junction Gate Legacy, I realized that it was needed there as well.

There are a several reasons why I began developing the starmap for Legacy. First, I’m at a point in developing the economy where I need to think about shipping and logistics of the products. However, to do that, I needed to have a coordinate system. While Legacy already had a coordinate system, it didn’t line up with the lore established in the Interstellar Travel In The Commonwealth blog post.

Also, I’ve been thinking about the exploration mechanics of the game and about how they felt lacking. The game needed something more physicalized to really evoke the sense of exploration.

Finally, looking at other games on Steam and other marketplaces, I realized most of the screenshots of Junction Gate Legacy are very similar from one screen to the next. Because of this, I’ll be focusing on adding more visual diversity to the game. It’ll do better in various marketplaces, make for a better trailer, and it’ll be more interesting to play. 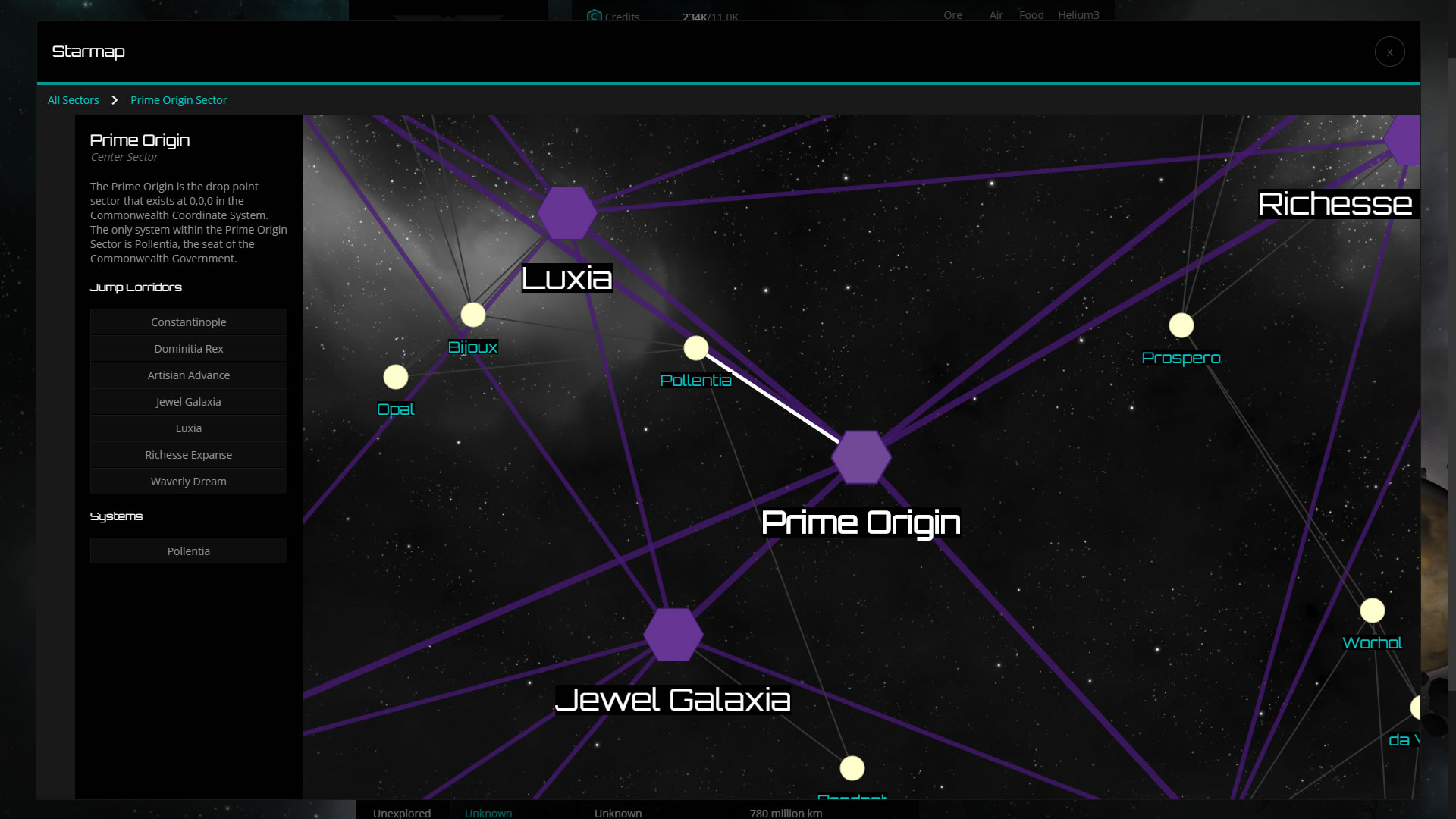 The sector view of the starmap outlines all of civilized space, divided into various sectors, which are depicted by the hexagons. Each sector marker indicates a drop zone, where ships enter and leave using their wave drives. Wave drives generate an Alcubierre wave, which the ship rides, but that wave is also devastating to anything in its path. For this reason, ships aren’t allowed to exit a jump near a system.

You can think of the sector drop zones and the corresponding jump corridors as the highways system of the Commonwealth. The travel routes between systems or from system to drop point are for slower travel using the ion drive. 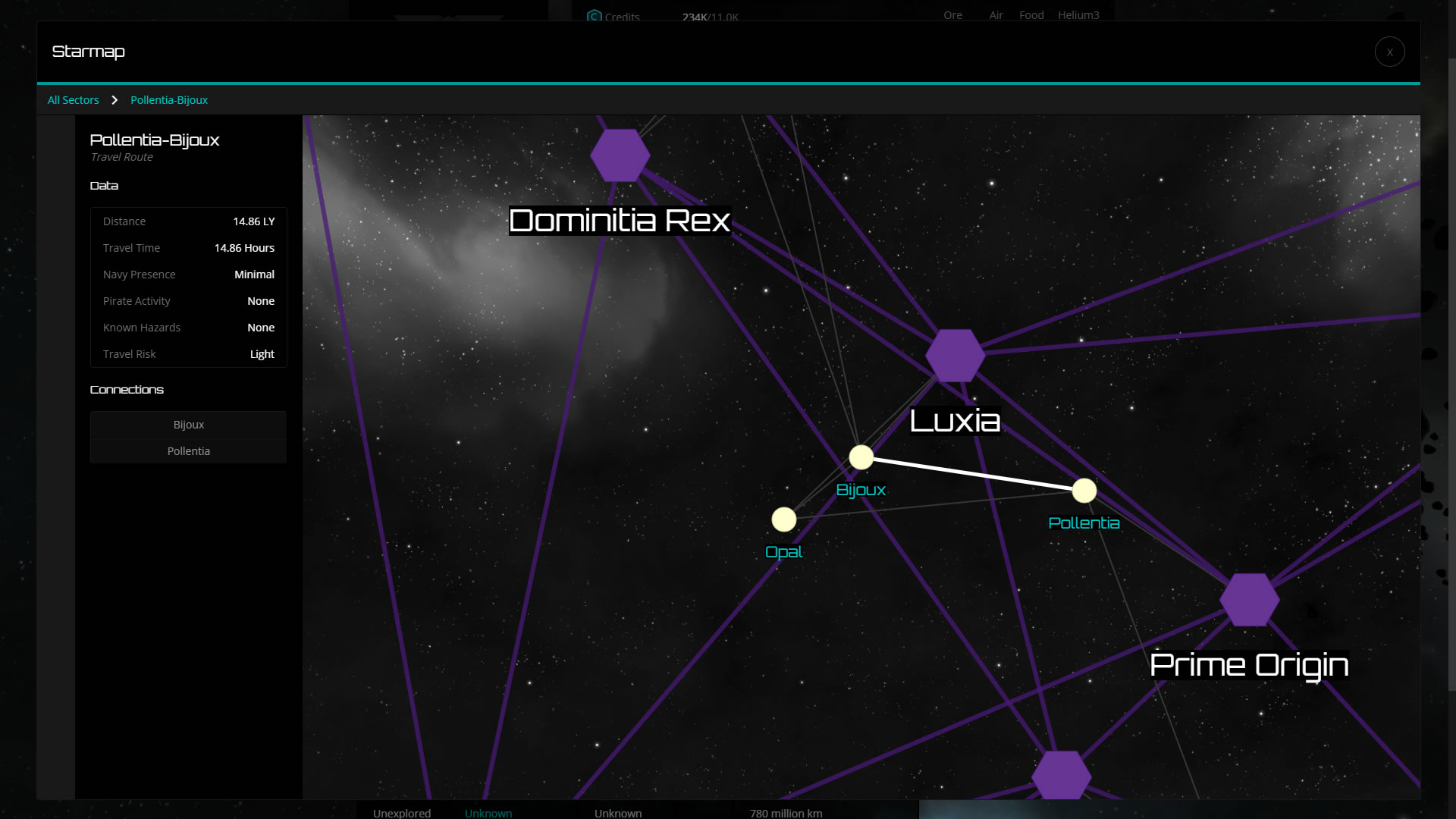 The travel routes may have various hazards or be occupied by other factions, the Commonwealth Navy, or even pirates. You’ll need to take these into account when planning your travel. 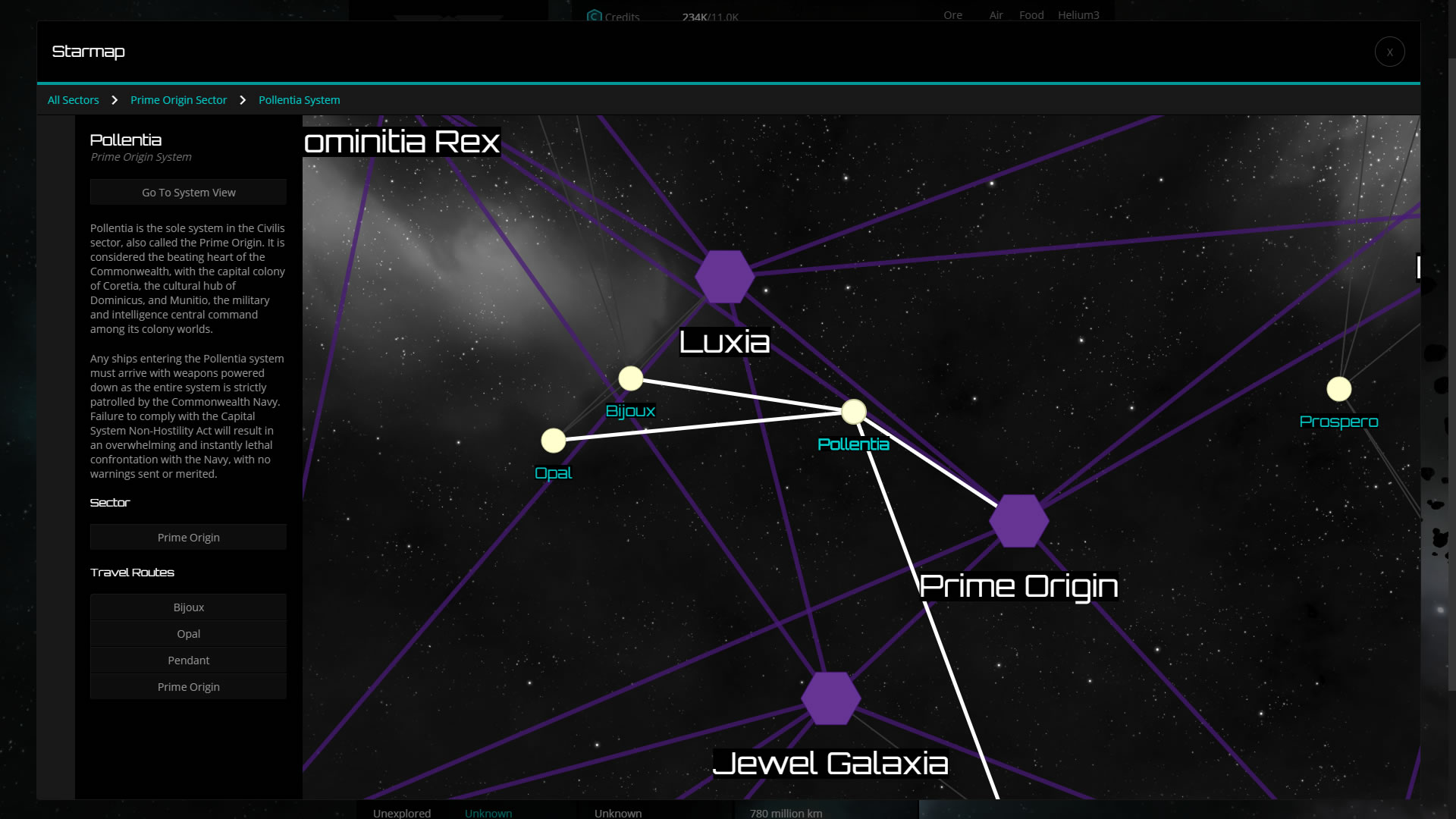 Each system in the sector view is depicted by a circle and you’ll find the available connections and some basic information about the system. What’s displayed in the screenshots here is probably subject to change as I develop it further. 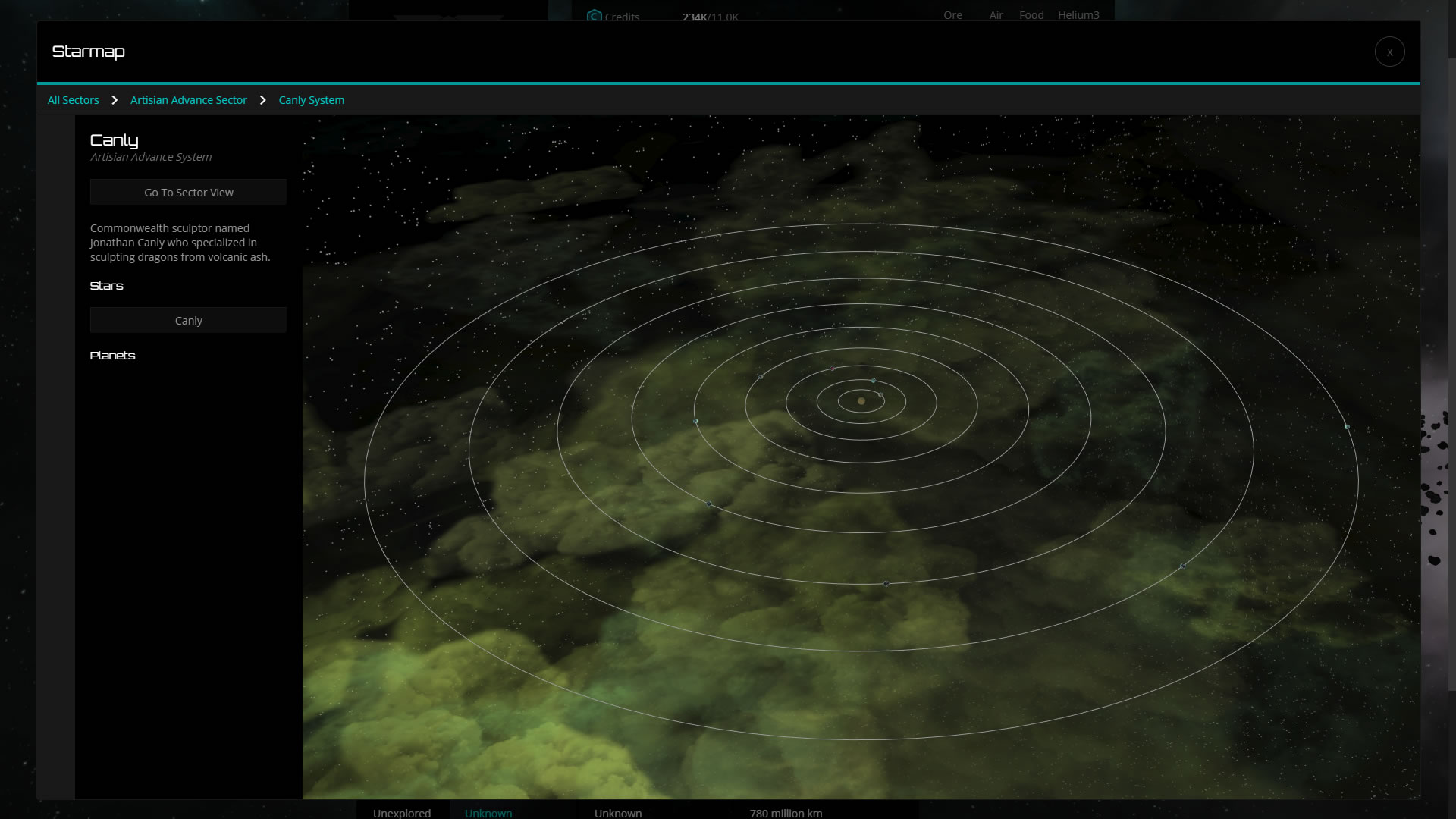 I’m very excited about the system view, which can be reached by drilling down on any system from the sector view. It’s created to be an interactive Orrery-style map. You can see some of the interactions in the video above, but there is currently support for procedural nebula, multiple planets, different star types, and even multiple-star systems. 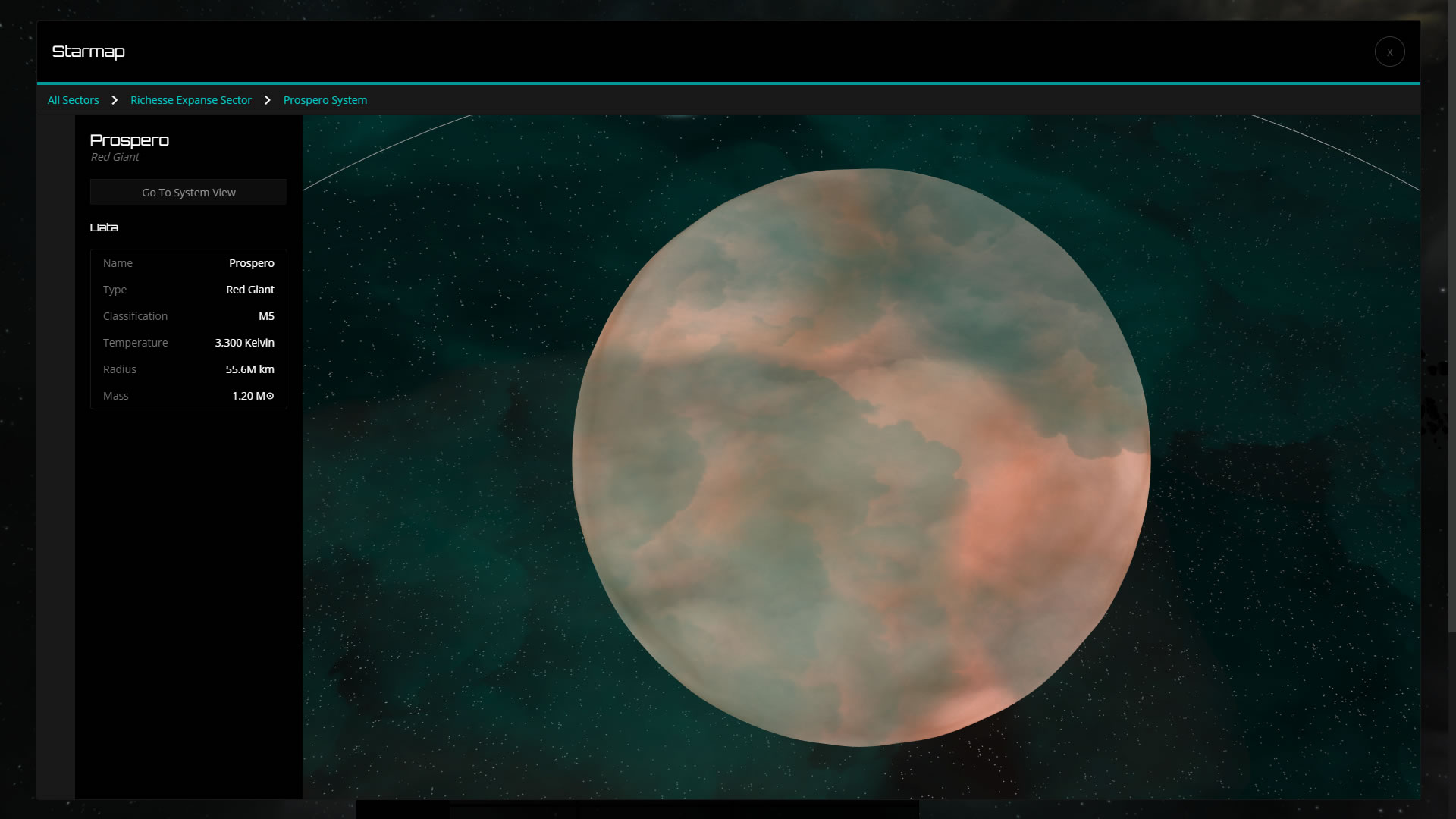 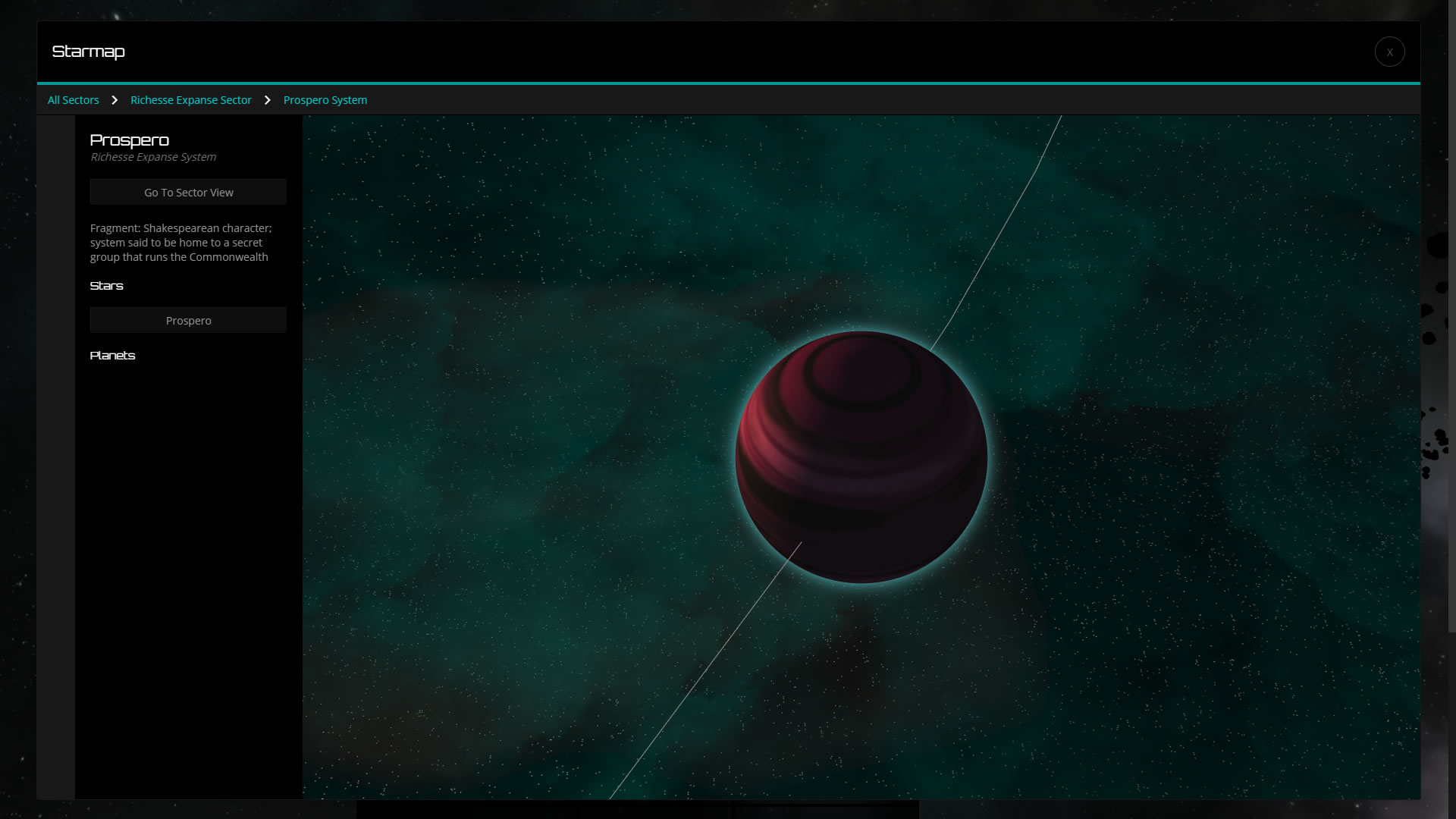 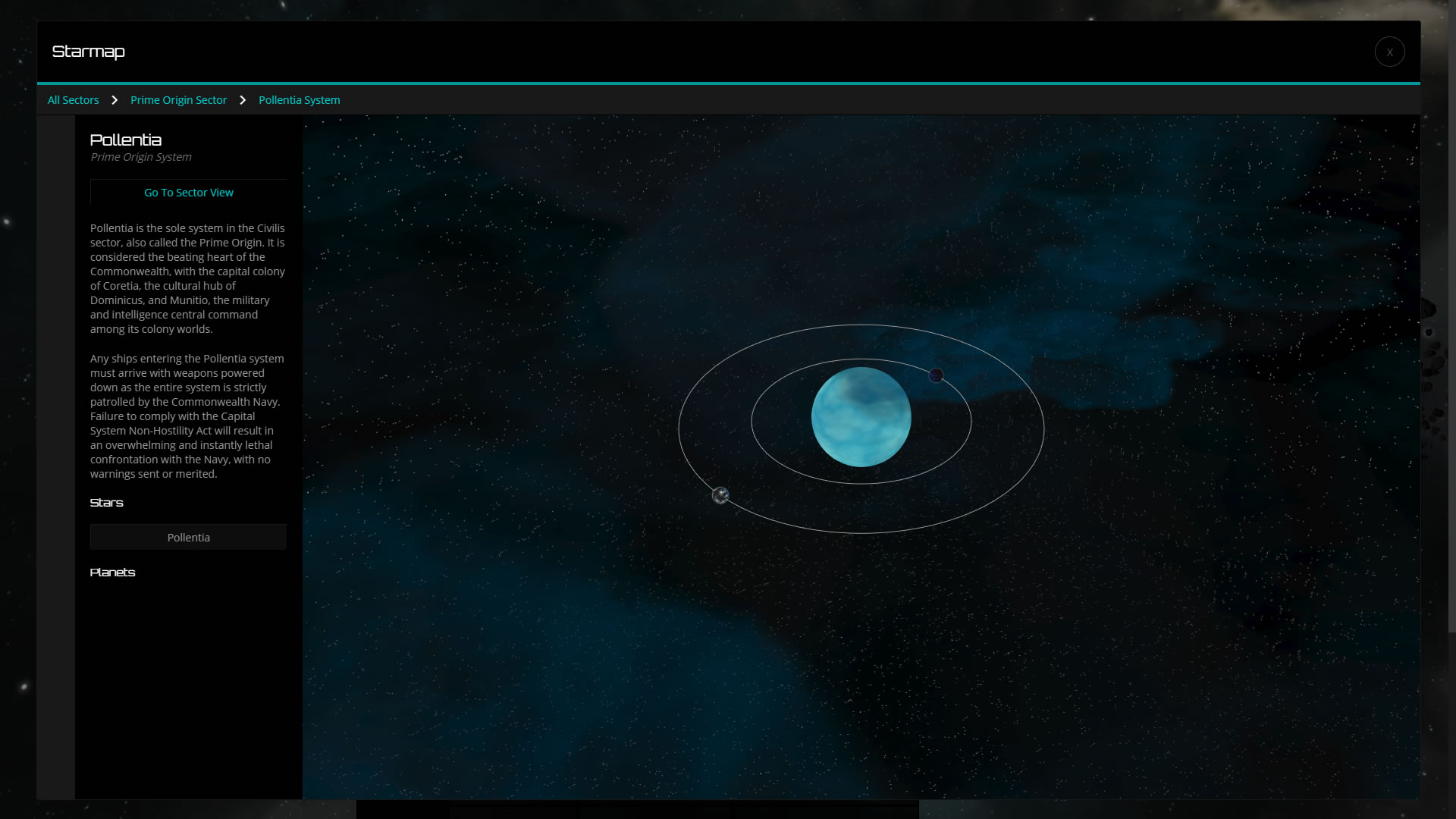 As you'll be able to tell from the video and the screenshots, the system view still has some bugs to fix and, as the starmap progresses, I hope to add additional features and things to discover. In particular, I want to add support for moons and satellites while also integrating scanning, mining, trade, and diplomacy gameplay directly into the starmap.

Going forward, I’m going to switch up how development updates are delivered. Right now I’m focusing on several larger feature sets and so I’ll be creating a new dev update when that feature set is ready to be showcased rather than sticking strictly to the monthly schedule. However, once the bigger features are mostly completed, I’ll return to monthly updates. You can expect to see future updates about bigger features like a more polished starmap, ships, the economy, and diplomacy.

Once the bigger features are completed, but before the rest of the game is finished and polished, I’ll also be opening it up for testing to put the new features through a trail run before making it public. However, this will be a while yet. Legacy is not currently in a playable state due to all the changes and refactoring and I want to make it more playable before allowing testers to play.

If you’re wondering about updates for the 3D version of Junction Gate, Caleb and I are working a some bigger features that aren’t yet ready to be showcased. Ideally, I’d like to create a first vertical slice of the game to show them off, so stay tuned for more information.

That’s it for right now, but let me know what you think of the new starmap in the comments of the YouTube video, on Reddit, or on Discord. Please give feedback, ask questions, and share any ideas you might have for it.

Talk to you soon!